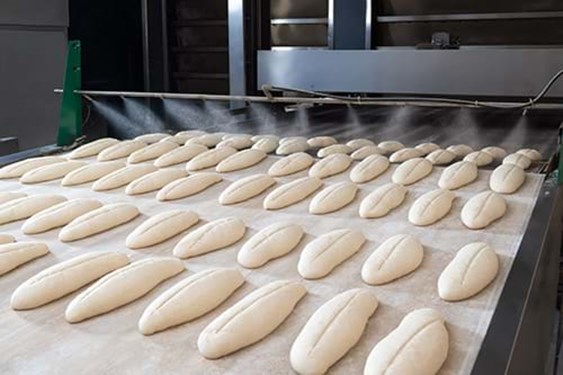 Scroll through to see photos from this case. 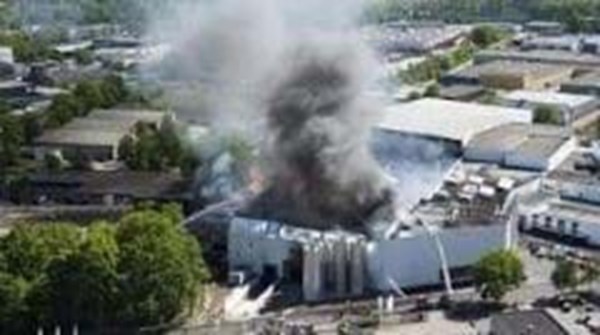 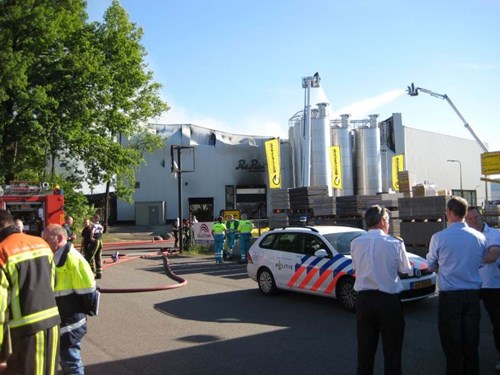 Firefighters worked diligently to put out the fire. 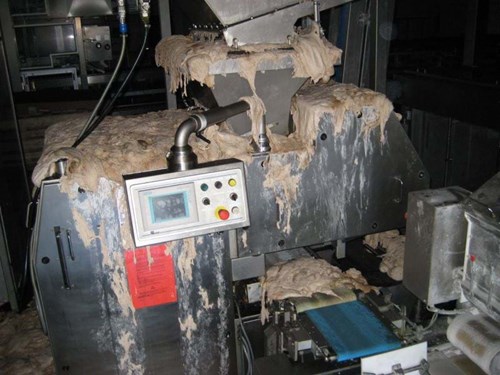 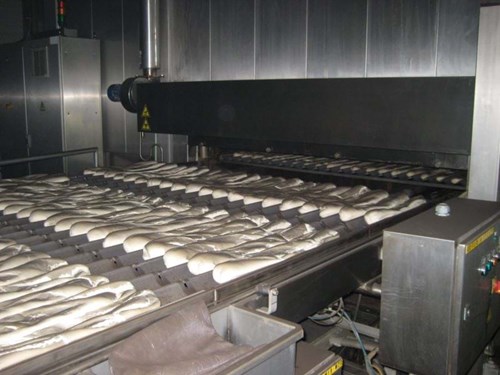 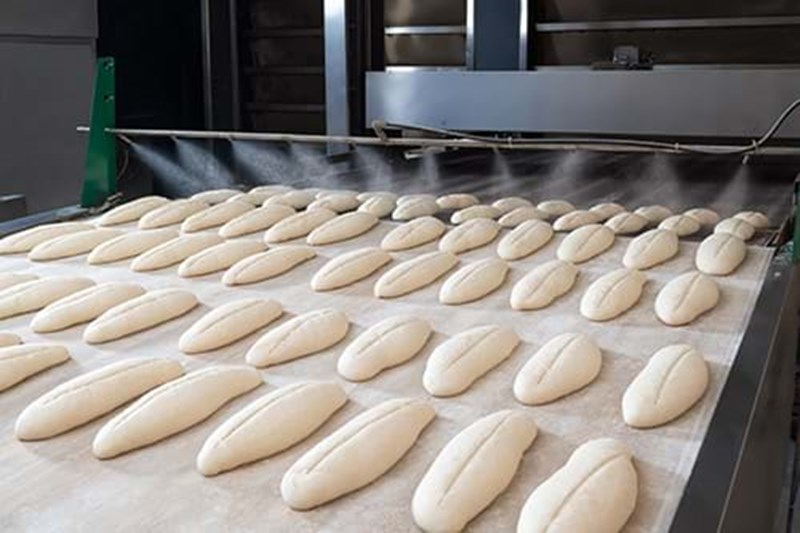 Scroll through to see photos from this case.
❮
❯ 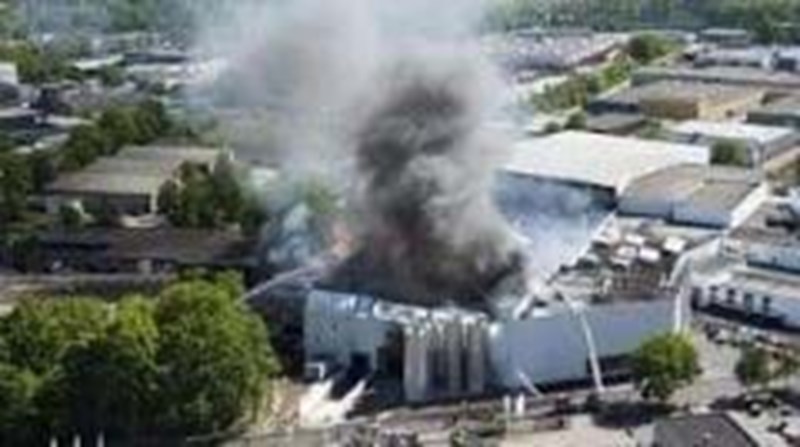 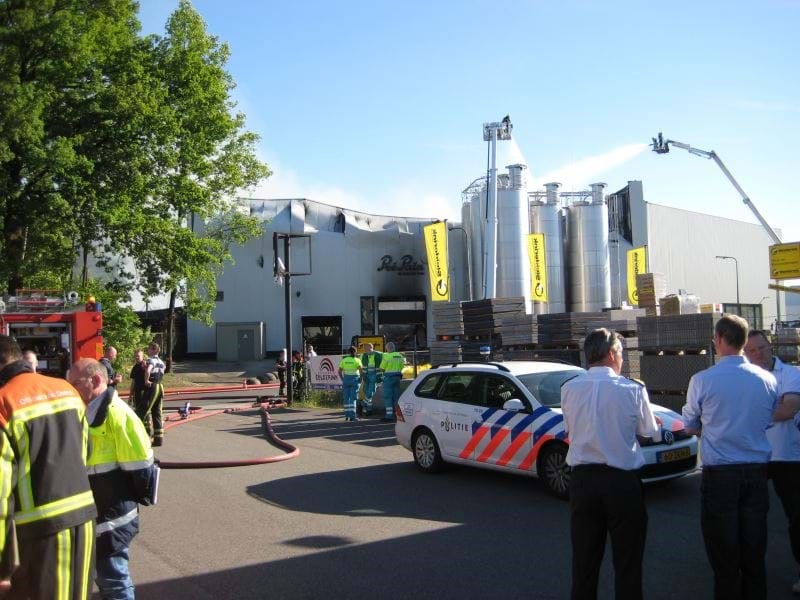 Firefighters worked diligently to put out the fire.
❮
❯ 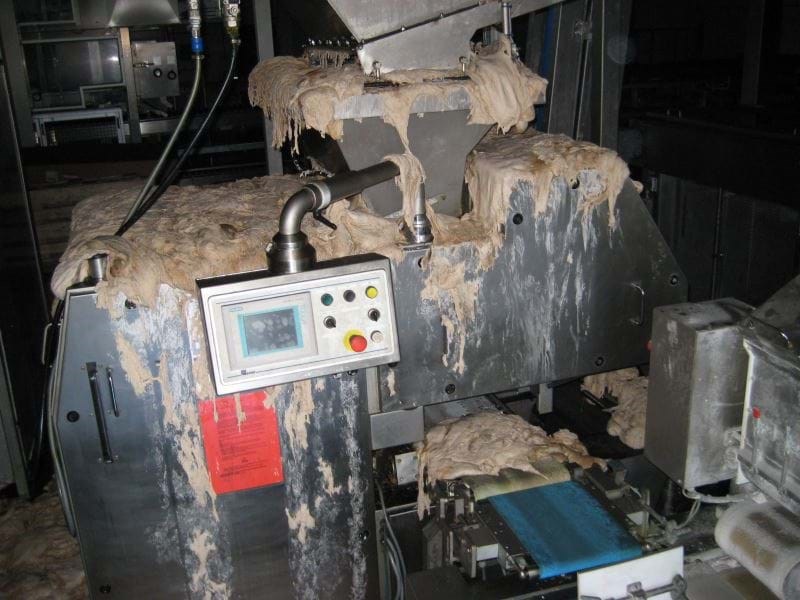 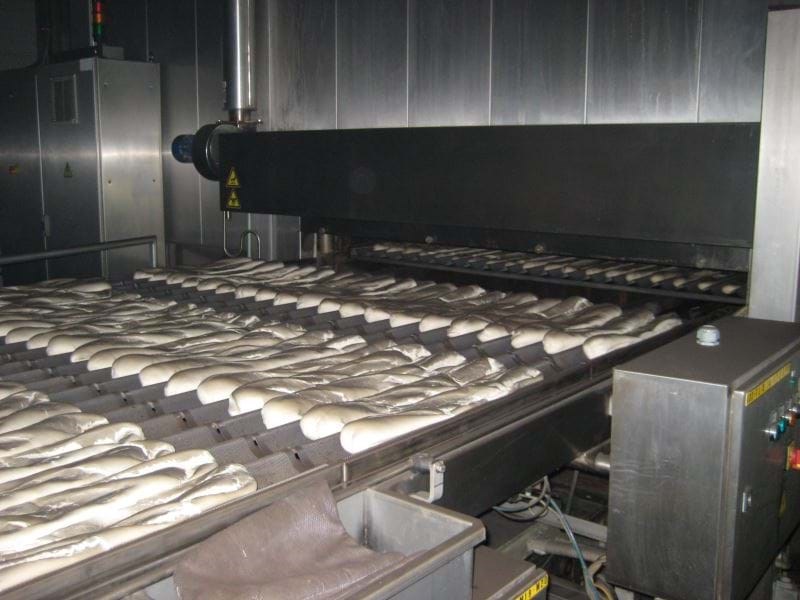 Two Pré Pain bread-baking production lines in Oldenzaal, Netherlands were heavily damaged due to a fire. Rebuilding the impacted structures would have resulted in a huge production loss. Pré Pain is the market leader in the national and international food retail and food service market for ‘bake off’ products. On a daily basis, ten production lines produce hundreds of thousands of bake off flutes, baguettes, petit pains, pistolets, ciabattas, carrés, triangles, rolls and many other bread products. On Tuesday 4 June 2013, around 1:30 PM, a fire started in a fridge-freezer unit. While the fire was first thought to be relatively small, it soon grew into a catastrophic mult-million € fire. One production hall was lost, two were severely damaged and six production lines suffered heavy smoke and soot damage.

The next morning, AREPA was engaged to salvage what could be salvaged. Immediately, a team was formed consisting of a several dozen specialists from Dutch AREPA branches supported by their colleagues from Denmark and Sweden. In addition, Pré Pain employees were prepared to start the cleaning activities of all the critical areas and production lines that suffered smoke and soot damage. AREPA staff also assisted with cleaning transformer cabinets and cables. Following the quick response, the production lines were cleaned, washed and treated to restore the stainless steel to its original strength. Six production lines and a distribution box were restored within four days, entirely smoke and soot free, ready for use.

possible. The decision to restore the two severely damaged lines was the moment when we won this battle together.” - BJ Hudepohl, Production Manager

The areas where fire-fighting activities occurred were closed off by of temporary walls, while machines and control cabinets were packed. The drying process was initiated using aggregate driven air dehumidifiers, in order to protect the mainly stainless steel production lines from further corrosion. Smaller machines, machine parts and parts of control cabinets were transported to drying rooms in the AREPA Reconditioning branches. However, the two severely damaged production lines caused great concern. “The space had already been released”, B-J Hudepohl, said, "but we were not allowed to start our activities, because first the insurers wanted to assess what needed to be done: pull down or restore.” “It was a tipping point”, Paul van Beek added. “The decision could go either way. In the end, the insurers decided that continuity of the production was of the utmost importance.” Hudepohl: “Each day of non-delivery, cost us an enormous amount of money. Actually, new-build buildings were no option. That would have taken at least one year from the moment of ordering. Once the decision to restore had been taken, and this was a serious decision, we decided to go full speed ahead. In hindsight, I am very glad that we took that step. Paul and I were really committed and determined to make it work, and that paid off."

Not everyone was convinced about the feasibility of the restoration. There was a lot of skepticism, especially from a control related point of view. For instance, the restoration of a frequency control was thought to be impossible. Nevertheless, AREPA Reconditioning succeeded in restoring the frequency control. After 6 weeks had passed, most of the damaged lines were again ready for use.